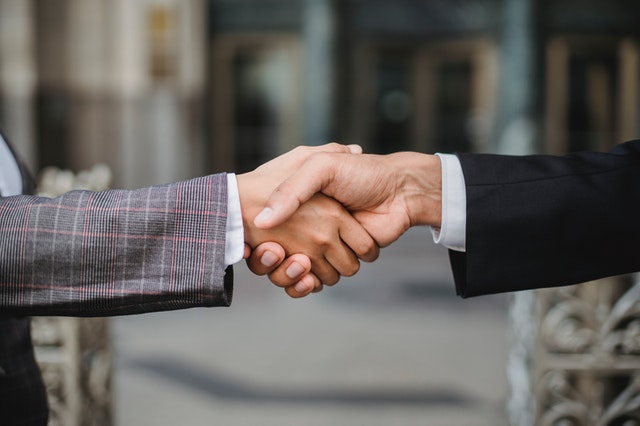 Peer-to-peer digital money and decentralized finance get a lot of the headlines in the blockchain space, but they aren’t the only exciting use cases enabled by cryptography and Merkle trees. After all, money, logic, data, and media are all just digital bits online.

So while the Ethereum smart contracts that administer our digital land registry and partial common ownership market are certainly foundational to the Geo Web vision, they’re not the full story.

The Geo Web’s p2p content layer (composed of Ceramic, IPFS, & Filecoin) plays a critical role in creating the decentralized, permissioness, & uncensorable network that we believe an augmented reality metaverse should be.

Most of the web today runs on a client-server architecture. When you open an app or type a URL into a browser on your device (the client), it triggers a series of steps to retrieve the appropriate content from a specified server (via an IP address) in some far off place. That server (or group of servers) is a centralized point of failure, control, and censorship.

On a p2p network like IPFS, content is identified not by THE server that holds it, but with a unique identifier for each atomic piece of content. Any peer on the network can retrieve content from other peer(s) by broadcasting the desired unique content identifier (you can learn more about the mechanics and awesomeness of CIDs here). Ceramic comes in as a layer above IPFS that makes the management of mutable content (i.e. data/media/links that can change) easy and efficient.

High-fidelity augmented reality content files are typically very large. Geo Web content is geo anchored, so content seekers will naturally be geographically clustered. Why incur the cost and time required to retrieve the content off a remote server when a peer 10 feet away can share it directly with you?

Think of this in the context of a crowded concert or live sporting event. Instead of the usual degraded service on your smart device, the Geo Web experience improves with each peer that comes online. Instead of scaling remote servers + bandwidth or making huge local infrastructure investments, a seed small node can end up elegantly scaling to thousands of concurrent users with the help of peers. It’s almost magical.

We’re still in the early innings of the distributed web and smart contracts, but the building blocks are there. We couldn’t be more excited to be exploring all of these p2p technologies.