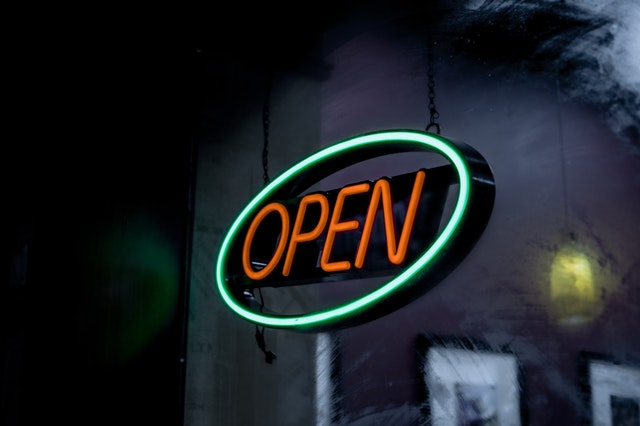 Apple is holding an event called “Spring Loaded” today. Rumors are swirling around announcements for iPads, Apple TV, and AirTags (think Tiles) at the time I’m writing this. No smartglasses… yet.

Microsoft recently signed a +$20B deal with the US Army for their HoloLens AR headset. Fast and furious updates and billions of dollars of research are coming out of Facebook’s AR/VR efforts. Google launched Glass in 2013 and has remained active in the space.

Augmented reality hasn’t hit the mainstream yet, but it’s clear that day is coming.

Explaining the Geo Web to people takes a bit of extra work because the hardware to deliver the vision doesn’t exist yet. It adds a complexity and timing risk for our project, but if we waited for the hardware, it would be too late.

Francisco Tolmasky summed up how we see the situation in this tweet thread:

“Remember: Apple’s iOS rules would not have allowed for the invention of the web browser. Let that sink in. They would have rejected one of the most important technical innovations in the history of computing. Microsoft‘s bully tactic of making IE free seems quaint in comparison.

“But here’s the kicker: think of all the other amazing ideas that haven’t gotten a chance to be invented because they aren’t allowed on mobile devices. Mosaic happened less than 10 years after the Macintosh. We very well might have already had a browser-caliber invention by now.

"Just for people asking: the flagrant violations of AppStore policy that web browsers would be rejected for in this hypothetical are:
‍
1) Running outside code
2) Allowing payments that circumvent Apple’s IAP
3) Allowing access to NSFW content”
-@tolmasky

For those dismissing this as crazy talk, check Francisco’s credentials... He was on the original iPhone team.

Apple, Facebook, Google, and others aren’t investing billions of dollars into AR/VR hardware out of the goodness of their hearts. Their goal is to position themselves to milk every last dollar out of the market at the expense of innovation and ultimately the consumer.

Whether monetizing through a tightly-controlled, premium hardware-software bundle (Apple) or vacuuming up as much data as possible to better target ads (Google & Facebook), they won’t willingly cede the control they’ve become accustomed to in the smartphone era as we move to the era of smartglasses.

We must counteract this dynamic starting today. We’re developing the Geo Web’s spatial browser and open infrastructure to gain traction before these companies lock us into their proprietary ecosystems for the whole next computing cycle.

The Geo Web is designed to work with smartphones and “flat” web content (e.g. automatically resolve a restaurant’s menu when you walk in the door) as a go-to-market wedge. While this isn’t the grand vision, it’s important we start accumulating users, innovators, and investment into our open alternative. We can’t overcome a cold start when the first consumer AR glasses start rolling out because the incumbents may just make rules to outlaw it.

Competition and creative destruction can still work here, but the window is small. Customers must vote with their wallets when smartglasses hit the market. They must demand an open internet experience for AR/VR. Return to Francisco’s tweet to imagine the blowback if Apple tried to block web browsers. We have to create that dynamic here. We can overcome the imbalance in resources and incumbency if the people have the collective will.