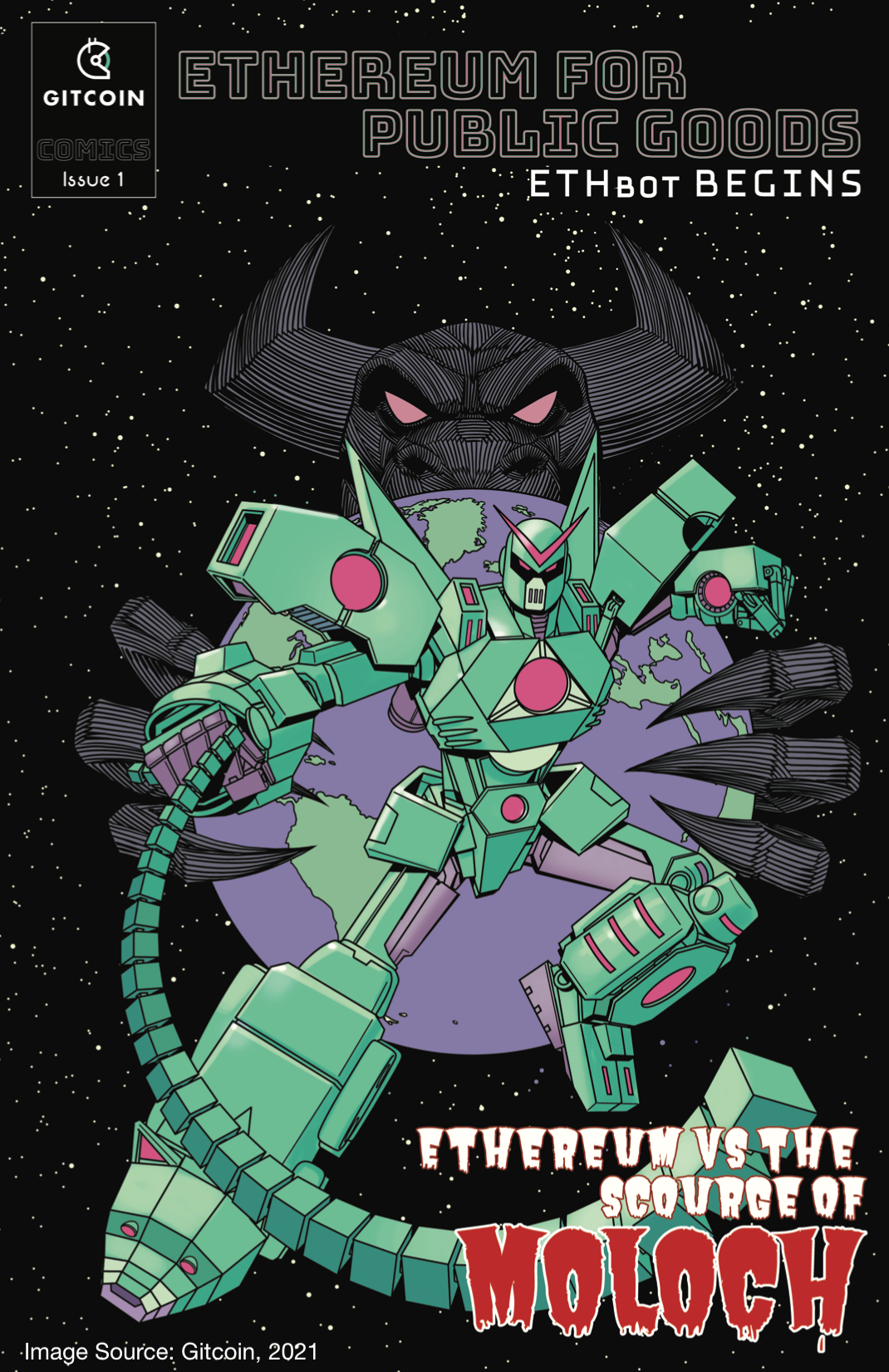 The Geo Web grant is off to a strong start in the NFT category. Especially since this is quadratic funding (QF), every supporter can make a huge difference. We appreciate any contribution you can make. As we’re going to talk about today, we hope that you see more aggregate value in return than your nominal donation!

Gitcoin has helped fund millions of dollars ($20M+) in open source work on the internet since its inception. The Gitcoin “experiment” has been a huge success, but as impressive as their funding total is, it pales in comparison to the economic surplus that open source software creates.

There are two levels at which open source and digital public goods create their economic impact:

If you focus just on the first item, it can sound like redistribution of a fixed pie of economic value. Although open source projects forego some hypothetical profits by offering their work/ideas for free, there’s a strong feedback loop from the second item. In the long game, we can all be better off in an absolute sense by choosing to be open and collaborate.

If there’s a core tenant of blockchains and crypto though, it’s that individual incentives matter. We can’t wish our way to game theory coordination. That’s why it makes me so happy to hear from friends that they received GTC airdrops nominally in excess of all their previous public goods donations on Gitcoin.

GTC isn’t intended for speculation. There are no future profits tied to the coin, so the dollar value isn’t the point. The recognition from the market is “worth” something though. It’s validation that those able to commit to the long game of public goods and positive sum interactions can experience the rewards in more tangible, direct ways too.

As crypto-economics and ideas like quadratic funding continue to mature, I’m bullish on our chances of convincing more and more individuals to play the coordination game. There will be success stories like Gitcoin and the projects it spans to point to. We can lower the mental hurdles and time horizon commitment needed to see the world as a positive sum game. In the end, we come to see our competition as Moloch and change how we drive economic prosperity.