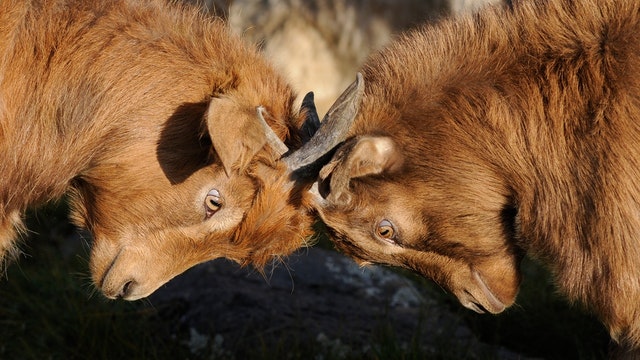 We usually talk about the Geo Web as a singular thing. A large part of our vision is that there should be an “augmented shared reality.” Shared effectively means that we’re actively coordinating around the same Schelling point. When you and I walk down the same street at the same time, we should see the same thing.

From an individual UX perspective, this vision has UX benefits/justification too. A singular AR metaverse creates the opportunity for a continuous, natural experience rather than many disparate, discrete ones caused by switching between apps, networks, etc.

This is all to say that network effects naturally will be strong for augmented reality metaverses. There are opposing forces and potential limits that will introduce fragmentation though.

Network effects decay with geographic distance. It’s practically more important that my neighbor and I choose the same network than people on opposite sides of the world who never cross paths.

The Geo Web’s goal is to establish global legitimacy for our metaverse through fairness, not force. Beyond partial common ownership, we have ideas for economic mechanisms using network funds that will encourage more cooperation and create compounding, positive network effects to overcome geographic limits. But, our infrastructure is all open source. A country or geographic region could fork our infrastructure with a different self-governance model if it better suits their needs.

Of course, competitive projects with completely different values, goals, and setups may win out as well.

The other vector on which network effects potentially decay is on content type & audience. Educational, government, age-based, and/or affinity layers of the Geo Web may emerge as overlapping layers of an AR metaverse. The intent to seek out differentiated content may be enough to overcome the UX hurdle of consciously jumping between networks throughout the day.

Internet top-level domains (TLDs) are a useful analogy for how metaverse layers and network effects might play out. There are TLDs for different countries, education, non-profits, governments, and markets. Each is just really just a publicly accessible database table (like our digital land registry). .com’s are on-average the most valuable and the default due to social expectations rather than a directly enforceable monopoly over creating competing registries.

As we’ve developed the Geo Web’s digital land registry, we’ve kept these factors top of mind. We continue to explore mechanism design that brings individuals together with better collective outcomes. We’re eagerly awaiting L2 roll-up solutions on Ethereum, so that we have a secure, scalable, and long-term home for our registry smart contracts (launching on multiple networks is counterproductive). We’re developing the project as a public good without private profit motive.

In the end, we want to limit the forces of fragmentation for AR metaverse experiences because we believe that’s the most powerful version of an augmented reality future.