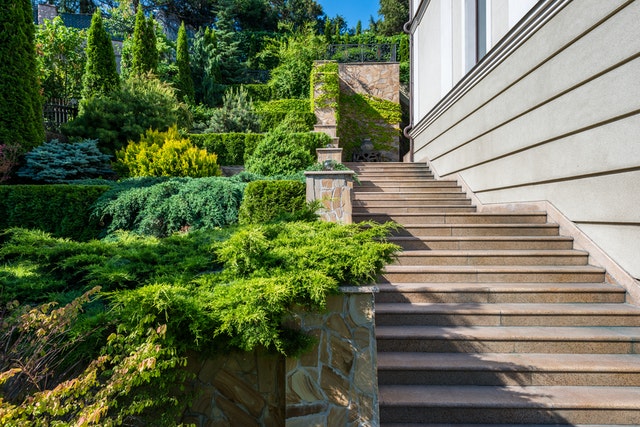 As smart devices shrink to fit on our wrists, into our eyeglasses, and embedded inside of us, the internet will define our lives in new, even more impactful ways than it already does.

As the internet experience continues to evolve from discrete to continuous and rectangular screens to three dimensions, the physical and virtual worlds will converge. Our perceived reality will be defined by our choice of protocols, networks, and apps in the spatial internet era as much as the immutable laws of physics.

Will our world be filled with inspiring digital art and communal experiences? Or will one Android and one iOS user walking down the same street occupy corporate-controlled, parallel universes filled with targeted ads?

These divergent futures are why we believe that a foundational public good for the next era of computing is an augmented, shared reality that we call the Geo Web.

What is the Geo Web?

The Geo Web is a set of open protocols for anchoring digital content to physical locations.

It creates a persistent, virtual layer covering Earth on which augmented reality, NFTs, games, data, applications, and social experiences can be shared. In tech jargon, the Geo Web is an augmented reality metaverse (or a metaworld).

It uses a fair (more on that later) system of digital land property rights to create an orderly, seamless “browsing” experience.

On the Geo Web, digital land exists in a 1:1 relationship to Earth’s surface. Attributes of all of the globally unique digital land parcels are maintained in a public registry.

The digital land registry and supporting administrative functions are implemented as Ethereum smart contracts. (1) Used in conjunction with Web3 tools like The Graph, Ceramic, IPFS, and Filecoin, the Geo Web is implemented as a full-stack p2p network that can resist the centralizing forces that came to define Web 2.0.

In a traditional web browser, it’s a URL that drives the user experience. In a Geo Web spatial browser, it’s geolocation (via GPS, FOAM, and/or additional sensory data).

Spatial browsers could run as an extension to existing web browsers, as a stand-alone universal app on current smart devices, or eventually closer to the operating system level for a device like smartglasses.

Content on the Geo Web can be anchored to a point or span an area. It can be flat like a webpage on a screen or have depth like an augmented reality sculpture seen through a lens (camera or smartglasses).

The ultimate opportunity is to replace physical world atoms with Geo Web bytes in an ever growing number of ways.

Rather than requiring swipes between siloed apps or ceding control to an AI assistant, the Geo Web experience is seamless and communal. It can become an extension of the physical world that we share instead of another filter bubble that degrades our shared reality.

There is no way to technically limit the proliferation of “metaverse layers” competitive to the Geo Web (including forks of the Geo Web’s open source code). So, the success of the Geo Web’s shared reality vision rests upon the concept of legitimacy. And that all starts with the digital land market...

If asked about property rights for digital land that corresponds with physical land, most people will have strong intuitions about what is “fair” even if the concept of digital land is entirely meaningless to them.

Land is the world’s most intensely contested asset. Everyone from nation states to neighbors have battled throughout history to gain or protect space in which to live, work, sleep, grow, hunt, fish, build, etc.

In time, the world will care just as deeply about digital land property rights.

The property rights regimes that define the modern world aren’t laws of nature. They shape economies for better and worse at a basic level, but they are just social constructs. Oftentimes their source of legitimacy is brute force. Continuity pressure makes change daunting.

That’s why it would be a missed opportunity to blindly copy these structures (and the corresponding land registries) to our greenfield digital world. It would also be a fatal mistake to completely ignore psychological and real interactions of physical and digital land property rights. (2)

We can do better. We can build legitimacy for a new system of property rights through fairness, open participation, and ultimately better outcomes.

It’s a free market with a clause that encourages more productive utility. It can elegantly transition from embracing the necessary, speculative bootstrapping phase to supporting “fair” global adoption.

Squatters and unproductive licensors can’t hold out indefinitely because they must compensate “the public” proportionally to their desired sale price. Those that have the highest potential utility from licensing a digital land parcel (in the long run, likely the physical land owner or tenant) are empowered and economically incentivized to do so at an honest valuation.

Either way, the public wins.

We were drawn to partial common ownership because of the attributes that it created in the land market, namely fairness and efficiency. You could call it a happy side effect that the system generates a pot of money available to be deployed. This side effect has the potential to create an impact far beyond the direct applications of geospatial augmented reality.

As an open source public good project, these partial common ownership fees aren’t profits. They are the public’s funds. It is our responsibility as early members of this community to steward the treasury funds toward the creation of permissionless opportunities and positive-sum coordination on the network.

Uses of these funds will necessarily evolve over time. The challenges that we face aren’t immutable, so the solutions won’t be either. Here are a few early examples of ways that we envision funds being used:

Rebates to landowners, possibly as a GEO token, contingent upon investment in their land parcel (digital real estate development) (4)

The founding team has strong intuitions about the values and initial implementation needed to jumpstart the network, but the explicit goal is for the importance of any one person or team to fade over time.

We won’t be raising any venture investment nor launching with a governance token sale. The project’s competitive moat is legitimacy gained through commitment to public good values. We won’t take actions that, even just in appearance, jeopardize that.

We plan to launch with a simple, publicly identified multisig to administer treasury funds and limited/emergency contract upgrades. We look forward to (responsibly) experimenting with both on-chain and off-chain governance tools to expand the voice and direct influence of stakeholders.

Simple, but impactful decisions like setting the partial common ownership fee rate may be subject to on-chain voting early on. The complex design, implementation, and validation of smart contracts used to dispense treasury funds may always rely on some form of delegation.

Geo Web governance need not be thought of as a global monolith either. Localized governance may better serve some geographic regions and people while maintaining ties to the rest of the Geo Web.

If the whole world is to one day care about digital land property rights, then we certainly have a long way to go in the development of supporting governance. Self-determination and fostering ever greater scales of coordination will be our guideposts.

We don’t think that we can overstate the magnitude of the opportunity and responsibility to create an augmented, shared reality as a public good. We hope you’ll join us on the journey.