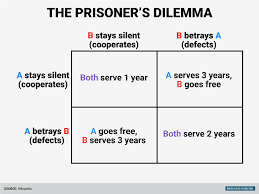 Funding public goods in Web3 needn’t be a purely altruistic act. The reason that I’m insanely bullish about Ethereum and Web3 is that the tools and mechanism designs available to us can compellingly make the case that an act like funding a Gitcoin grant ;) is an act of enlightened self-interest… but that’s just the start.

The enlightened self-interest mindset typically requires a long-term time horizon and faith (aka trust) that cooperation lifts all boats. The rapid innovation of mechanism design and smart contracts that we’re seeing in this space lower the barriers to that mindset. You can often see how the positive sum game plays out right in the smart contracts! (Check out the Commons Simulator by the Common Stack & Token Engineering Commons as just one awesome effort to spread this mindset and create visceral feedback.)

This is a powerful dynamic and leads to compounding positive results.

In the world of finance, compounding interest is often referred to as the most powerful force on Earth. In Web2, privatized network effects created behemoth corporations like Google and Facebook that due to their core mechanisms were basically impervious to poor management or execution.

With Web3, we can create these same types of closed-loop network effects by funding more public goods (remember: public goods are non-exhaustible and non-rivalrous or at least close to that on a spectrum). We can create commons-based systems that due to their efficiency and core mechanisms eventually subsume private competition not because of a wave of altruism, but based on them being flat-out better.

Because you’re not really a blockchain nerd if you don’t talk about game theory, let’s use a 2x2 coordination game to remake this point.

In a classic prisoner’s dilemma game, the bottom right quadrant (both players defect) is bad for both. The top right and the bottom left are worse for the cooperator, but better for the defector. The top left is mildly positive or negative for both, but not as good as what a defector gets in the mixed quadrants. Trust and how it evolves (if you play multiple rounds) determines the equilibrium of the game.

Step 1 for Web3 is bootstrapping trust and enlightened self-interest so that players coordinate to the top left quadrant more consistently. Step 2 is using crypto economic systems to fund public goods and make the payoffs for coordination continually increase. As these increases compound, the payoff for mutual coordination can be higher than individually defecting on an absolute basis. It doesn’t even require “enlightenment” any more because the choice is so plain.

That’s the world I believe we can get to. That’s what we’re trying to build with the Geo Web. Sure, it might take a little leap of faith to accept partial common ownership (coordinate) over purely private ownership (defect) at first. But over time, the superior efficiency of our land market and continual investment into open-source, public goods that increase the value of the network and its digital land will overwhelm any payoff to defecting.