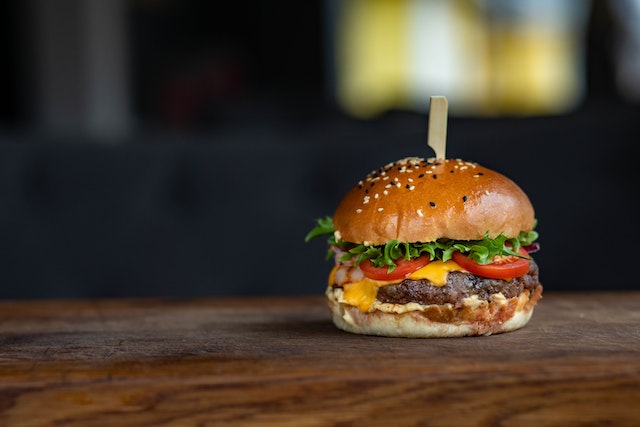 Harberger taxes are having a moment.

So much so that I’m forced to use terminology for the mechanism that I’d prefer not to. That's the power of a couple of tweets from Vitalik, I guess.

They say no publicity is bad publicity, but there are several consistently misguided takes that I’m seeing in the discourse that I just can’t leave alone.

So here’s a list of five common Harberger tax misconceptions (with rebuttals) that I’ll turn into a running list on our docs site:

Not all Harberger detractors will directly state that private property rights are unassailable (some will), but their actions imply it.

In reality, private property rights are a technology, not a law of the universe. Like other technology, they are a tool invented by humans to imperfectly solve a problem. Private property rights spread to become a foundation of our modern economy because they were more effective at addressing the tragedy of the commons and encouraging investment-led economic growth (both good things!) than the previous systems.

Whether it is Harberger taxes/partial common ownership or not, another system that better suits our dynamic, multi-variable needs will overtake private property rights through cold-hard economic efficiency. Our current view of private property rights will become as obsolete as feudalism, horse-drawn buggies, and paper money ;).

This one seems to stem from muscle memory from years of true-blue capitalists arguing against socialist ideas: Those naive socialists think taxes solve everything. They don’t understand the power of incentives and the free market like we do!

It’s generally true that capitalist/private property rights systems have incentive structures that reward the investment of time, money, and effort into improving/managing assets more effectively than common ownership (but not always!).

The two biggest problems with this argument as it relates to Harberger taxes:

Harberger taxes are designed to create better free markets, not a command or penal redistributive economy.

If detractors took the time to read Property is Only Another Name for a Monopoly or Chapter 1 of Radical Markets, they’d know that Harberger taxes trade some, not all, individual investment efficiency (improvements to property should be reflected in higher sale prices, but some profit is eroded by the tax) for more allocative efficiency (assets can’t be hoarded indefinitely by non-productive owners).

With private property rights in a networked system, there actually exists the perverse incentive NOT to invest in an asset and instead bank on appreciation based on a neighbor’s investments (e.g. a vacant lot in Manhattan is worth a lot not because of the owner’s investment, but all the neighboring high-rises that others built).

As assets flow to more productive owners, more aggregate investment and growth can be expected rather than less. Individual owners lose a bit of ROI, but big gains in allocative efficiency more than makeup for that with just small Harberger tax rate increases >0%. The math and the right outlook are concave.

3) Harberger taxes give the rich an unfair advantage

Harberger taxes often get lumped in with hyper-financialization trends that make the rich, richer and the poor, poorer.

If the economy (and the mechanism) were a one-shot game that might be accurate. As soon as everything has a “Buy-it-Now” price, it’s reasonable to think that the rich are the ones that will do all the buying.

But Harberger taxes are designed for a dynamic economy (i.e. the real world). A wealthy investor can purchase lots of Harberger assets at the price the previous owner set, but to maintain control of those assets they must continue to be the highest tax/fee payer. If the asset isn’t put to its most productive use under their control, they’ll bleed cash and/or eventually lose out to an upstart bidder.

This isn’t a situation where losing money initially through aggressive market tactics gains an unassailable competitive position or monopoly. That’s actually closer to the status quo with traditional private property.

If a wealthy person buys up a bunch of private property, they might have a tougher time negotiating the individual purchases up front, but there’s always a motivated seller somewhere. Once the private transactions are complete, wealth can be perpetuated for generations. Capital begets more capital, even when idle because there’s no economic check on private property rights.

The logical answer to this critique is that owners should assess their assets at a price they’d be happy to sell at. Sometimes that’s “not possible” and/or there’s an emotional attachment. We’d all be better off mentally if we weren’t so emotionally attached to accumulating things, but lower tax rates and other strategies can be used to lower the rug pull threat.

Detractors think of Harberger tax transfers as unannounced and instantaneous. This can be value destructive, not just emotionally. But, the base rules of a Harberger tax system can be implemented with periodic auctions to support long-term investments, mandated transition periods, and even owner-forgiving modifications that soften the edges of the mechanism, but maintain its core features.

Harberger taxes don’t have to be taxes. The mechanism works in lots of different contexts where a coercive government isn’t making the decree.

The Geo Web is one example. That’s why we use the partial common ownership terminology.

Artist royalties, decentralized network assets, and other bottom-up community creations don’t require taxes,, but might benefit from the Harberger-style mechanism to manage scarcity and better reward value creation. These things aren’t evil or coercive and can fly under the banner of SALSA (Self-Assessed Licenses Sold at Auction), plural ownership, depreciating licenses, etc.